The gym at Centennial High School Wednesday night was as crowded as ever. Along with the anticipation of a snow day, the student section was loud and rowdy for the Eagle’s first playoff game of the season against Baltimore Polytechnic Institute (Poly). The Eagles pulled out a dominating 50-34 win to advance in the tournament.

The first half didn’t start ideally for the Eagles when they got into some early foul trouble. Seniors Chad Strothers and Isaiah White registered two fouls in the first half.

“Went a little offense-defense substitution in the first half just to try and steal a couple minutes with Isaiah because he’s so critical for us on the floor. But, with that said, I thought we weathered the storm with Chad and Connor and Isaiah each with two fouls,” Centennial head coach Chad Hollwedel said.

The Eagles could not get shots to drop in the first half, sometimes settling for poor shot opportunities and struggling on the glass. The Eagles also had some calls that didn’t quite go their way, and, after two quarters of play, Centennial was down 22-15.

Centennial came out quick in the second half after Hollwedel “reminded us that we’re the better team, and we’ve got to play together if we want to win,” according to Strothers.

White scored four points in 30 seconds to cut the lead to three. Later in the quarter, sophomore Elijah White (4 points) gave Centennial a one point lead and they never looked back from there.

On the defensive end, seniors Kevin Wilson and Eli Geist (3 points) were containing the Poly Engineers.  Wilson played some lockdown defense while Geist flew through the air blocking shots and grabbing rebounds.  Their efforts limited the number of second-chance shots Poly got and helped keep them from grabbing their lead back. 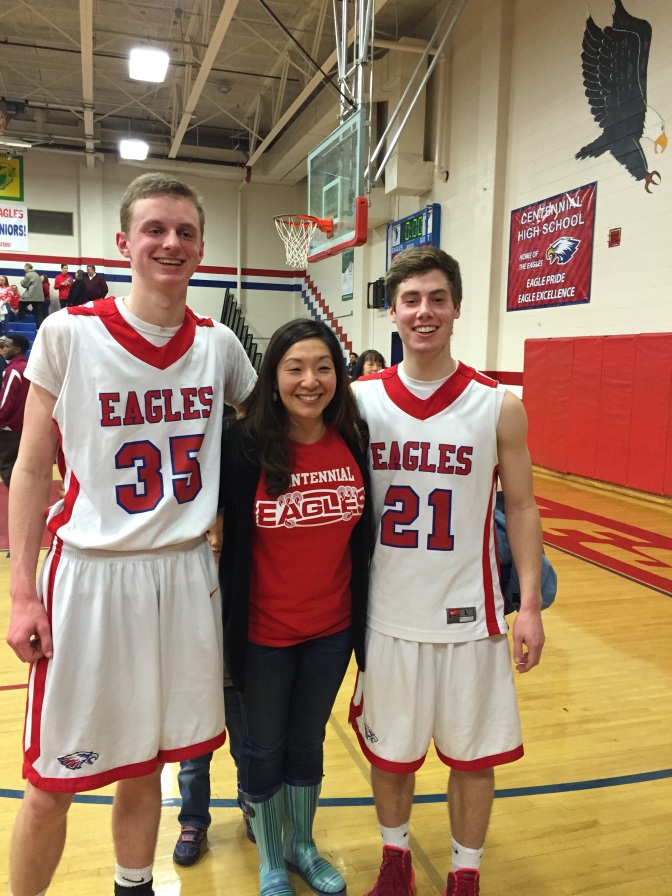 Eli Geist and Kevin Wilson pose with Teacher of the Year, Mrs. Chung.

Junior Tom Brown (12 points) was a key factor in the comeback effort. He explained the team’s process during the comeback, saying that once they stopped taking a lot of three point shots and started driving to the basket more, the game turned in their favor.

By midway through the final quarter, the Eagles had built a double-digit lead on Poly. Centennial was hitting their shots and the defense was playing stout, forcing Poly to settle for unwanted shots.  The fans and players could sense it. The feeling of victory began to sweep through the gym. The players were excited and the atmosphere was as electric as ever.

When Strothers (10 points) broke free on a fast break, he looked to the side to see I. White (16 points) keeping up with him.  So he gave up the free lay-up to give I. White the chance, and he threw a dunk down with a little over a minute to go which was the final nail in the coffin.

Anticipation had been building for days.  This game was originally scheduled for Mar. 3, but inclement weather kept pushing it back.  However, the Eagles did not let that stop them.  According to Strothers, they kept in touch and met at the Y to keep from getting cold.

This was just the first step in the journey to College Park. The next game is on Friday against City High School at Centennial, and Strothers is excited for the opportunity. He said, “We just need to keep each night and not look ahead and focus on the task ahead of us.  I think if we keep playing like we did in the second half, who knows how far we’ll go?” 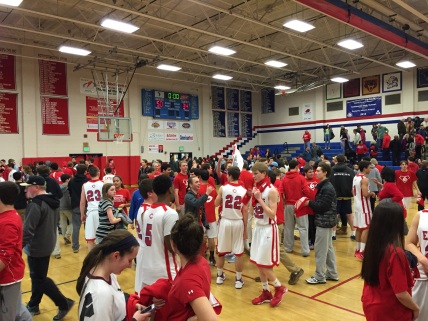 Centennial celebrates its win and prepares for the next game. 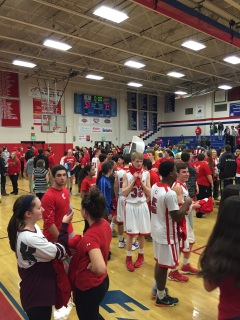 The fans flood the court to congratulate the team. 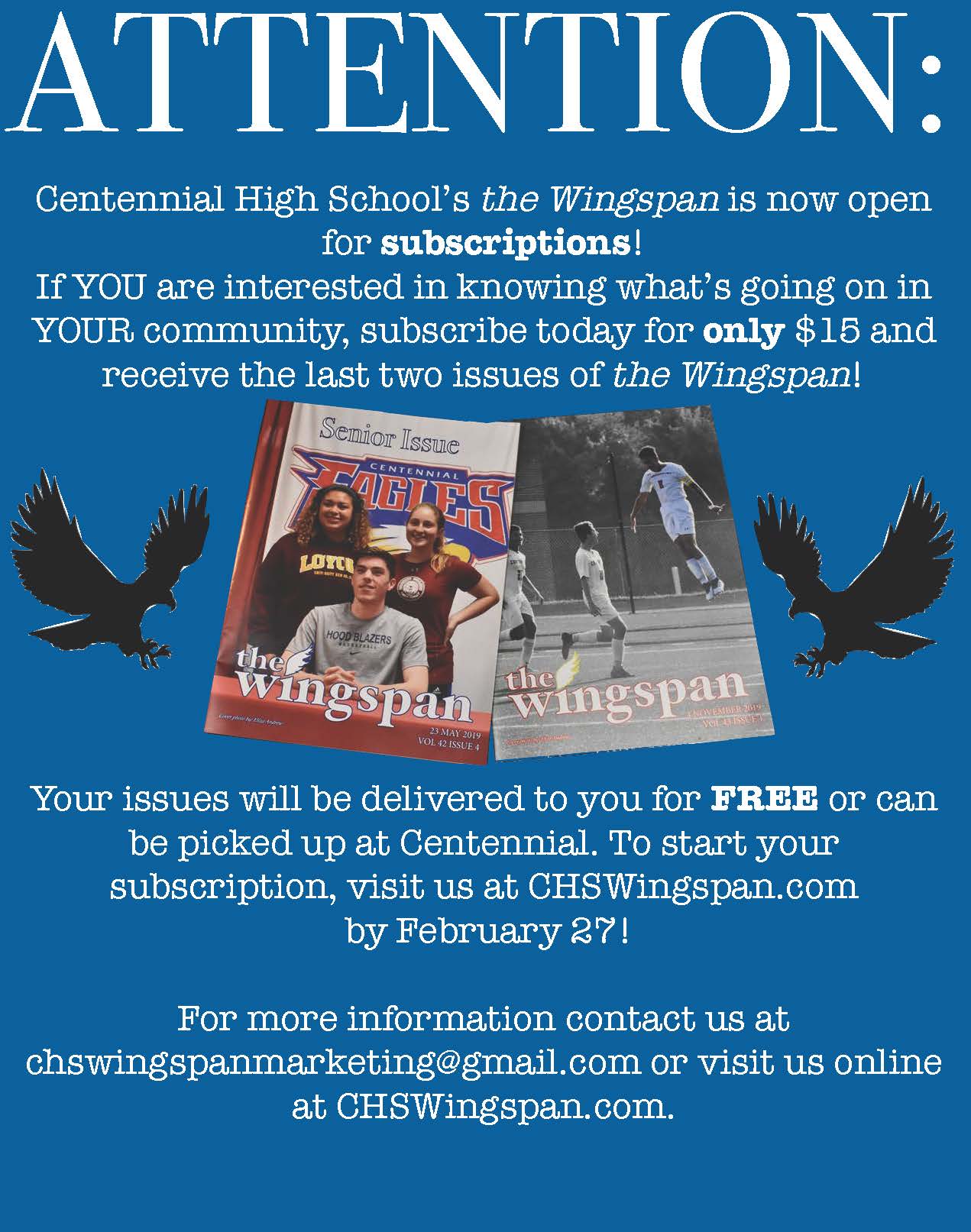 The Wingspan is now offering subscriptions to our print issues! Click the image above for more information.

You can bookmark chswingspan.com by pressing ctrl + D (on Windows) or ⌘ + D (on Mac)?